CREATION DAY ONE to SEVEN

The opening chapter of the Bible begins :
"In the beginning God created the heavens and the earth."
This summarizes the miracle that was about to unfold.  The earth was formless, empty, and dark, and God's Spirit moved over the waters preparing to perform God's creative Word.
And then God began to speak into existence his creation.

​God then takes counsel with Himself,
“God said, ‘Let us make man in our image, in our likeness’” (Genesis 1:26)

This is not an explicit revelation of the trinity but is part of the foundation for such, as God reveals an “us” within the Godhead. God makes man, and man is made in the image of God (men and women both bear this image) and is special above all other creatures. To emphasize this, God places man in authority over the earth and over all the other creatures. God blesses man and commands him to reproduce, fill the earth and subdue it (bring it under the rightful stewardship of man as authorized by God). God announces that man and all other creatures are to eat plants alone.
God will not rescind this dietary restriction until (Genesis 9:3-4)
SEVENTH DAY GOD RESTED
God rests. This in no way indicates He was weary from His creative efforts, but denotes that the creation is complete. Further, God is establishing a pattern of one day in seven to rest. The keeping of this day will eventually be a distinguishing trait of the God’s chosen people (Exodus 20: 8-11)
Interesting articles at CMI . Click on button below:
6 Literal Days

PAST, PRESENT AND  FUTURE FROM GOD’S WORD. ​

TIME
The following is an excerpt from  a brief Scripture study of Genealogy, Chronology, Creation & Prophecy by Len Mc Meikan.
See the complete study:   http://www.freebiblesubjectstudies.yolasite.com/resources/1.pdf
​
Before going any further on Genealogy we need to take a quick look at the Creation account as found in the Scriptures.

Genesis chapters, 1 & 2 gives us the record of creation. This record was written by Moses as inspired by God around about 4,114 Biblical (Lunar) years  after the creation of Adam (according to the Septuagint), a period of roughly 24 generations. – A lot of the information would have been passed down from father to son orally until writing started, probably shortly before the flood, though it could have been earlier. Although some errors would have thus been passed on to Moses we must remember that in 2 Tim. 3:16 we read;

2 Timothy 3:16 “All Scripture is given by inspiration of God, and is profitable for doctrine, for reproof, for correction, for instruction in righteousness”.

So God would have revealed the necessary corrections to Moses prior to his writing of the first five books of the Bible.

Now some say God created everything in six days, and others say millions of years, but what does the Bible say?

Gen. 1: 3 on, then gives us the record of God’s 6 creative acts designed to prepare the heavens & earth for mankind & to place mankind on the earth. 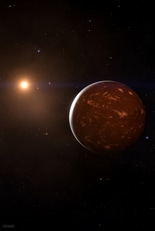 The Earth
​Verse 2 states “The earth was without form and void”. – This can also be interpreted to read, “The earth became without form and void”. It is not important as to which interpretation is accepted, but some use the latter to claim that a pre-Adamic race once lived on the earth, however as there was no death before Adam’s sin and Abel was the first human to die, a pre-Adamic race can be ruled out. The Bible tells us that death was a consequence of Adam’s sin (1 Cor. 15: 21,22.). So there was no death before Adam’s sin and therefore no pre-Adamic race. Verse 2 can also be translated as “ But the earth was unseen and unready” I think the latter translation is the more accurate.

Now as to the six acts of preparing the earth for mankind; there is a lot of debate over whether or not the ‘days’ are 24 hr. periods, or lengthy periods of time. To me this is not important. God is all powerful & is an independent Spirit & has a will of His own. If God wanted to, He could have accomplished all the acts of creation in less than a second or could have taken millions of years for each act. However as Genesis uses the phrase “evening and morning” at the end of each creative act, this causes me to believe, but does not prove that the time spans are indeed 24 hr. periods.

The Sun
​Another area which causes confusion in relation to the time gap between Gen. 1: 2 & Gen. 1: 3, is the brief reference to creation found in Exodus 20:11 & Exodus 31: 17. – These references have as their theme an explanation of the Sabbath, they are not there as an exposition of Creation. They refer to God’s acts in Gen. 1: 7-10 of remodelling the heavens, earth, & sea and filling them with living things; they do not refer to the original act referred to in Gen.1: 1,2. Another problem experienced with the creation account is that Gen. 1:3 states that God created light on the first day, then verses 14 to 18, indicates He made the sun & moon to shine on the earth on the fourth day; this is not a contradiction as light can and does exist without the need of a sun. 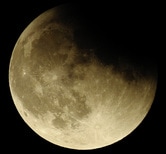 The Moon
​It is also possible that our sun & moon were included in the original creation of Gen. 1: 1,2, but their light only shone onto the water without penetrating to the earth beneath. – Verses 6-8 indicate God then removed a lot of the water from the earth, creating a heavy water canopy above the earth, giving the earth a misty tropical glass house type atmosphere. – Verses 14 -18 reveals that the sun & moon were then visible through the heavily misty sky. – Gen. 2: 5,6, shows that before God made man, the earth was watered by springs and a mist. There was no rain. This climate appears to have continued to Noah’s flood, for we read in Gen. 9: 11-17, that after the flood God gave the rainbow as a sign to all that He would never again cause a world deluge.

This shows that the rainbow was a new thing, and is strongly indicative that there had been no rain prior to the flood.
​
​ABOVE ARTICLE: COPYRIGHT © 2003 & 2007  L. MCMEIKAN
​Thank you to my Christian brother Len McMeikan for allowing me to reproduce this article.
Permission is hereby granted to freely copy, and/or, redistribute this study for non-commercial purposes, so long as this condition is passed on with each copy.
For alternative licensing, or modification, please contact the author.
sandl.mcmeikan@yahoo.com.au

SEE MY PAINTINGS on https://bluethumb.com.au/rexwoodmore